The complete guide to staking on CENNZnet 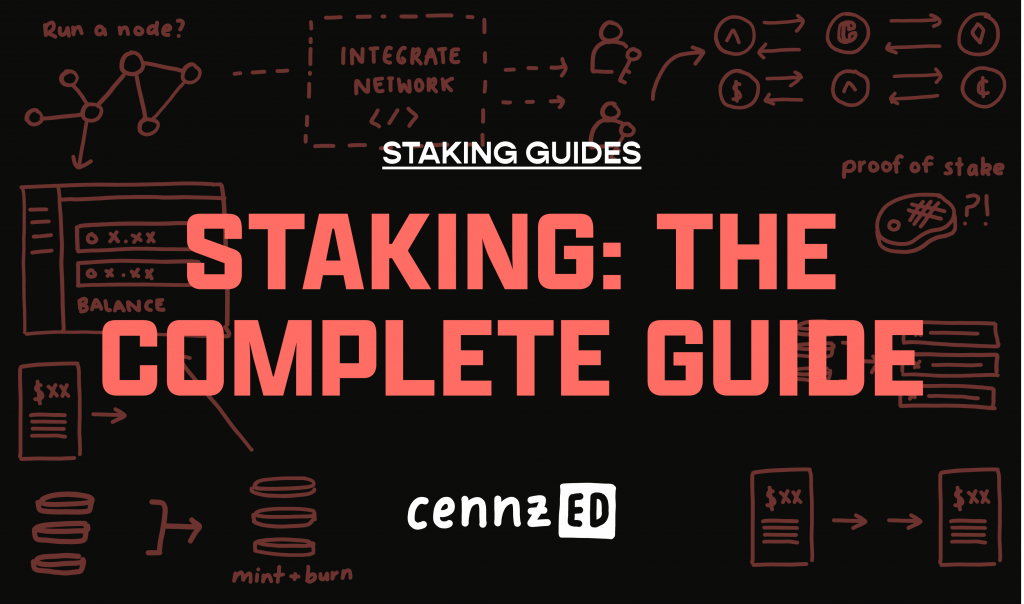 An introduction to consensus mechanisms

For those who may be taking their first tentative steps into staking it’s important to understand exactly why the system exists in the first place.

PoS or Proof of Stake is a consensus mechanism. Consensus mechanisms are systems used in blockchain networks to achieve agreement (or consensus) on single data values or parts of the network among the decentralised or distributed system. In other words, it’s a way of checking that nobody is tampering with the blockchain ledger by making sure we all agree on those transactions that are correct and those that are not. This is really important for a self-regulating decentralised community, as we don’t have (or want) a single authority to decree what does and doesn’t go in the ledger. A robust consensus mechanism ensures that we have a secure blockchain ecosystem that is fair and accurate.

There a number of different possible consensus mechanisms used by various blockchains such as Proof of Stake (PoS), Proof of Work (PoW), Delegated Proof-of-Stake (DPoS), Proof-of-Authority (PoA), and Proof-of-Importance (PoI) to name a few. By far the most popular are PoW and PoS.

Proof of Work is used by Bitcoin and was the first consensus method to enable a functioning blockchain. Since then Proof of Stake has been developed as a low-cost, low-energy consuming alternative to the POW algorithm.

What is PoS staking?

Staking is the process of holding funds in a specific cryptocurrency wallet in order to act as collateral for network security. Most staking systems require all their node operators (and often other token holders) to hold or stake their tokens in a wallet. They do this to add validity to their ‘promise’ to perform their validating responsibilities correctly. If they perform their duties correctly, and all the other node operators can verify this, then the stake is returned and a reward is given. However, if the node operator fails to perform their duties, their stake will be slashed — a portion taken away. This way all node operators are incentivised to do the right thing for the blockchain.

The more CENNZ tokens staked in the system, the more people are invested in correctly following the blockchain protocols, so making the whole ecosystem more secure.

Now let’s have a look at the specifics of staking on CENNZnet. We will explain the token economy, the role of Validators and Nominators, rewards and the benefits of staking.

CENNZnet works on a dual-token economy: 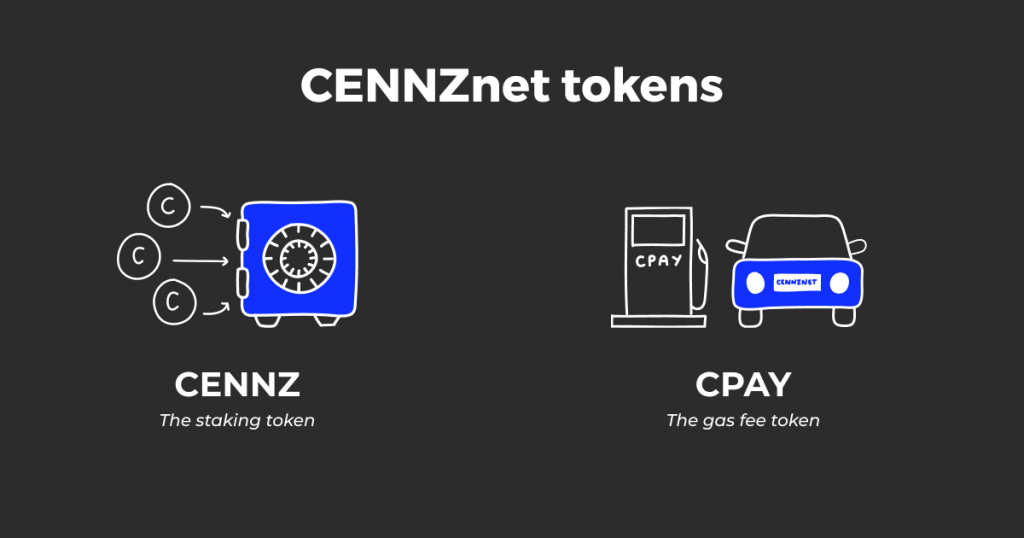 CENNZ is our staking token and works separately to block rewards. This means it can increase in value without impacting the cost of using the network. This is important to ensure developers can predict the costs of running their application and make it easier to plan ahead.

CPAY is the gas in the network and is used to pay transaction fees and as block reward payment in staking. It’s designed to be algorithmically stable, so it will retain a steady value. This means developers creating DApps on the network can easily predict the cost of their application, and stakers can easily predict the value of their stake. CPAY will also be tradable on the CENNZX exchange initially or can be transferred directly between wallets.

On CENNZnet we have two roles within staking: Validators and Nominators.

Validators are node operators who each store a copy of the blockchain and must perform certain functions to keep the system secure. CENNZnet will have 12 validator slots at launch — but this number will increase as the network matures and governance decisions are made.

Aside: What is a node? Full nodes act like a server for a decentralised network. They each store a copy of the whole blockchain which they use to validate transactions. Their main tasks are maintaining the consensus between other nodes and verification of transactions.

Full nodes are also involved in voting on proposals to decide upon actions for the future of the network. If more than 51% of them don’t agree with the proposition, it will not happen.

If the above duties are not performed correctly then the Validator’s stake will be slashed.

Validators are elected and hold their position for 24 hours. After 24 hours re-election will occur to select the next set of validators. Elections are run by an algorithm. Those who fulfil the requirements are put forward and out of this pool, those with the highest stake are chosen to fill the available roles. This means that Validators are never guaranteed their position and must accrue a competitive stake in order to be elected. It also means node operators can take downtime for maintenance without being penalised.

Validators need to be online and have their software running for the whole 24 hours of their era. This does not require you personally to physically be performing tasks for 24 hours, however your computer will and so you will need to have good monitoring and redundancy plans to keep nodes online all the time or risk slash. 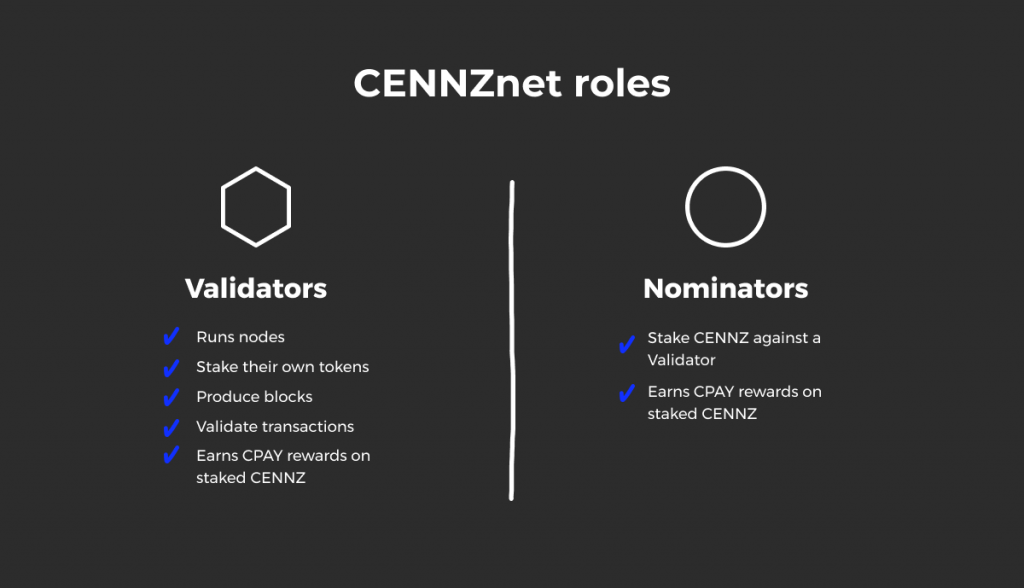 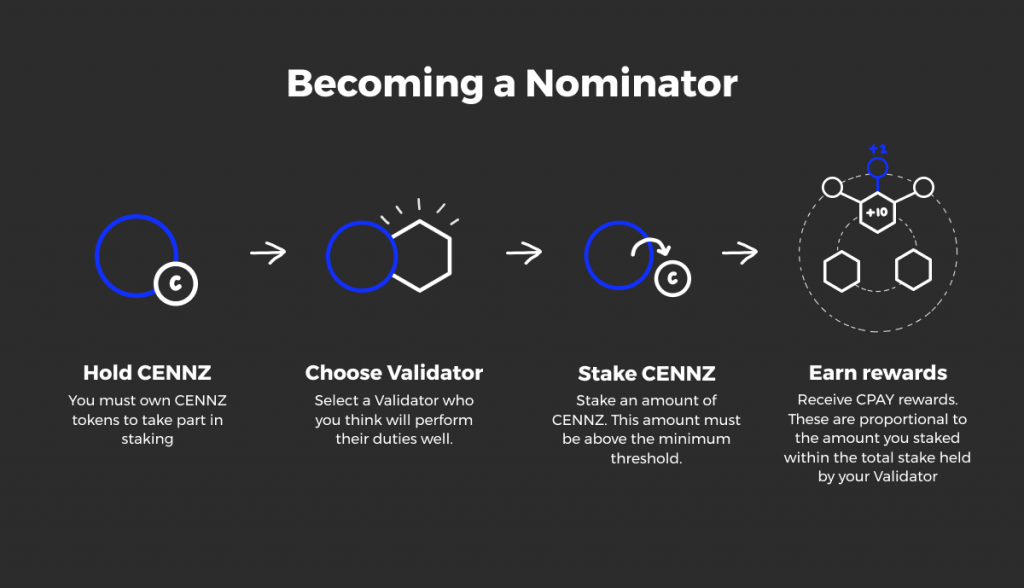 How to take part in staking on CENNZnet

To take part in staking you must:

To be elected as a Validator you must also: 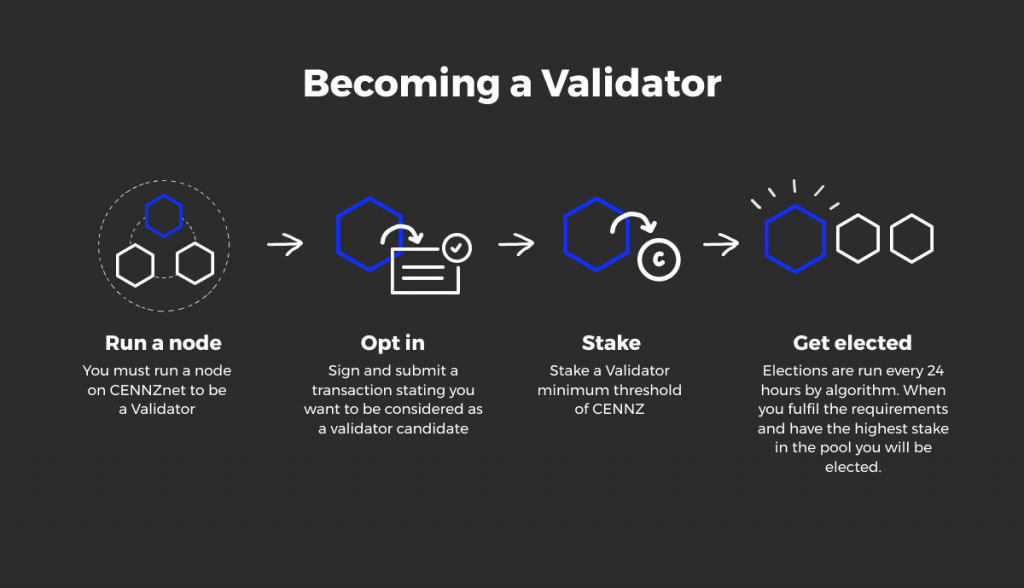 Protecting the network — incentives and disincentives

Keeping a blockchain network safe and supported is an essential part of the ecosystem. To ensure everyone is working together to support CENNZnet and to prevent malicious attacks, CENNZnet uses a reward and punishment system.

The incentive for staking CENNZ behind a well-behaved Validator is the distribution of CPAY rewards.

What is CPAY?: As mentioned in the CENNZnet token section above, CPAY is our stable gas token. It is separate from CENNZ and is used to pay staking rewards and transaction fees. CPAY is a deliberately inflationary token in order to create a stable fiat value. This protects our network users and developers from complications in pricing and unpredictable pricing fluctuations.

CPAY rewards are distributed every era (every 24 hours in line with the Validator election cycle) to successful Validators and their associated Nominators.

The exact CPAY reward is calculated according to transaction volumes on CENNZnet. Validators and subsequently Nominators are paid proportionality to the number of transactions that have taken place on the network during the relevant era.

This means the busier the CENNZnet ecosystem is the higher the rewards for staking will be. It also theoretically means the inverse. Very low or no activity on the network could result in negligible or no rewards for an era. 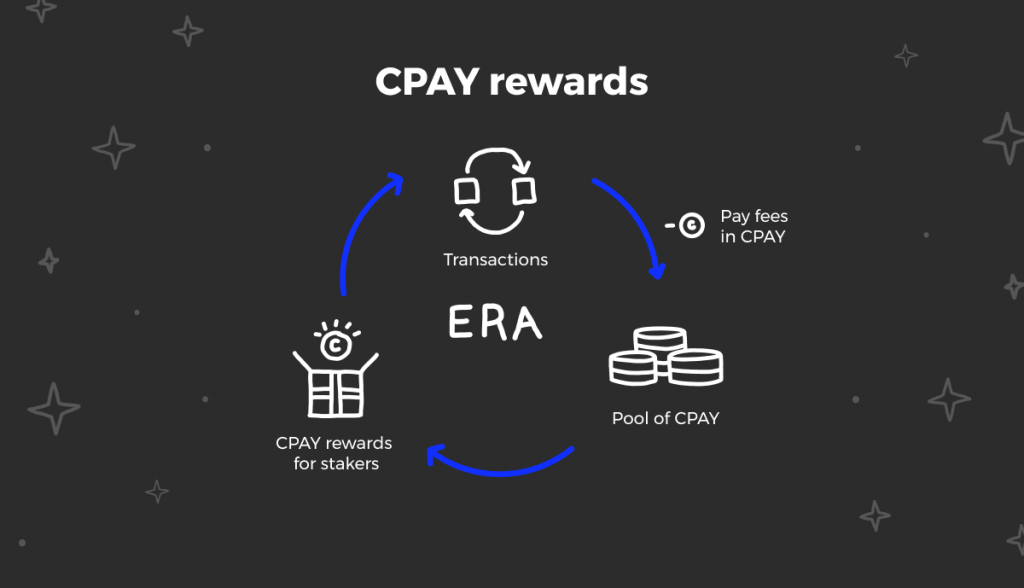 The punishment for Validator misbehaviour is slashing (removing of tokens). When Validators deliberately or accidentally fail to perform their duties correctly (e.g. go offline, attack the network, or run modified software) in the network, they and their Nominators will get slashed by losing a percentage of their staked CENNZ.

The percentage of the stake slashed varies according to the severity of the offence. The following levels of offence are defined:

Any slashed CENNZ will be added to the Treasury rather than burning or distributing them as rewards. This is so that slashes can be quickly reverted by the Council by simply paying out from the Treasury. This is useful in situations where validators have committed an offence through no fault of their own e.g power outage forcing Validators offline. In the case of legitimate slashing, it moves tokens away from malicious validators to those building the ecosystem through the normal Treasury process.

There are some further key points to know about slashing: 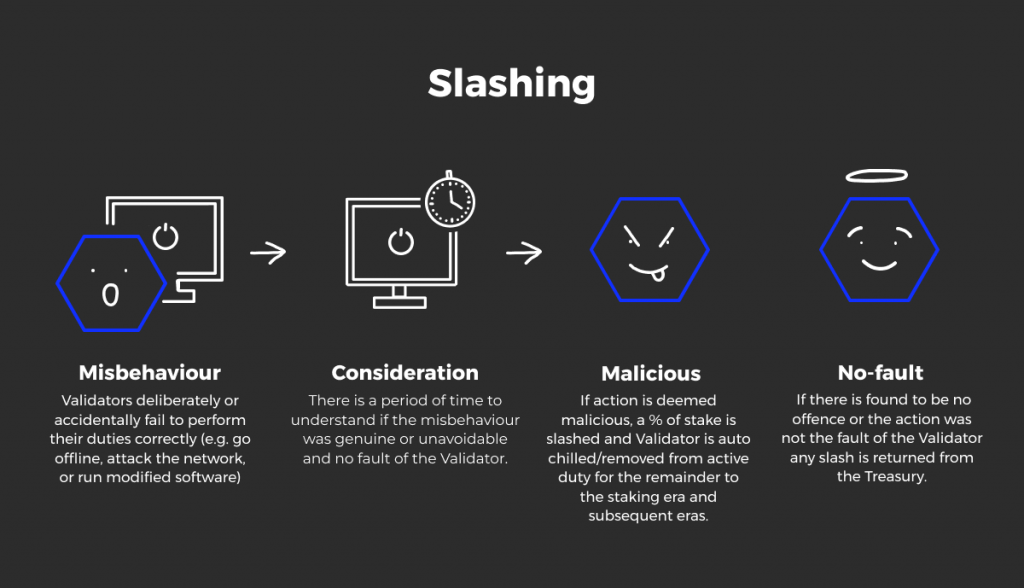 Why should you take part in CENNZ staking?

There are some key benefits to taking part in staking, both as a Nominator or a Validator.