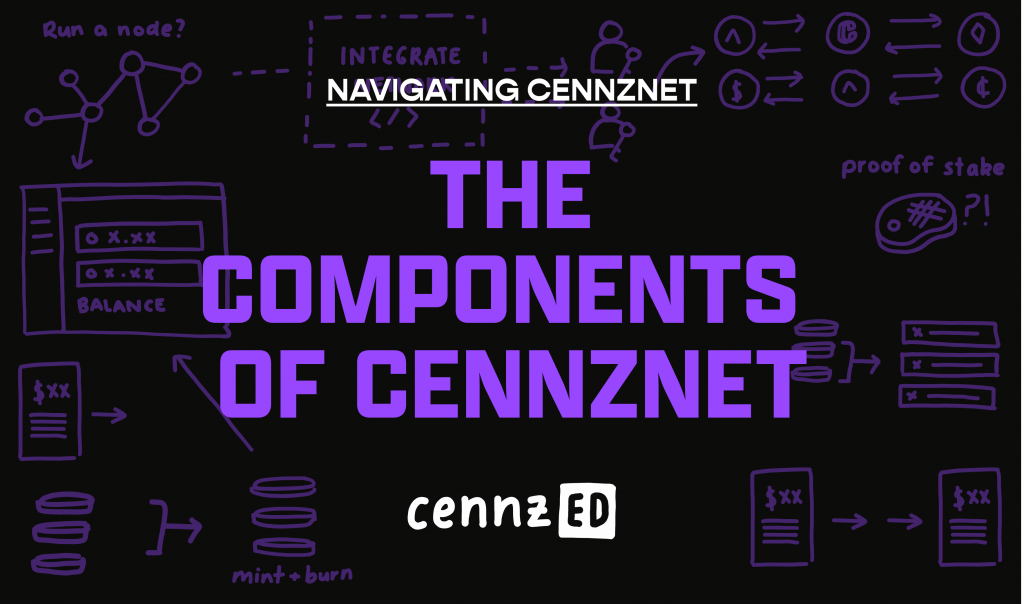 CENNZnet has a few different components to allow users and DApp developers to interact with the blockchain. This article will give an outline of all of the components and explain what they do and how you can use them. 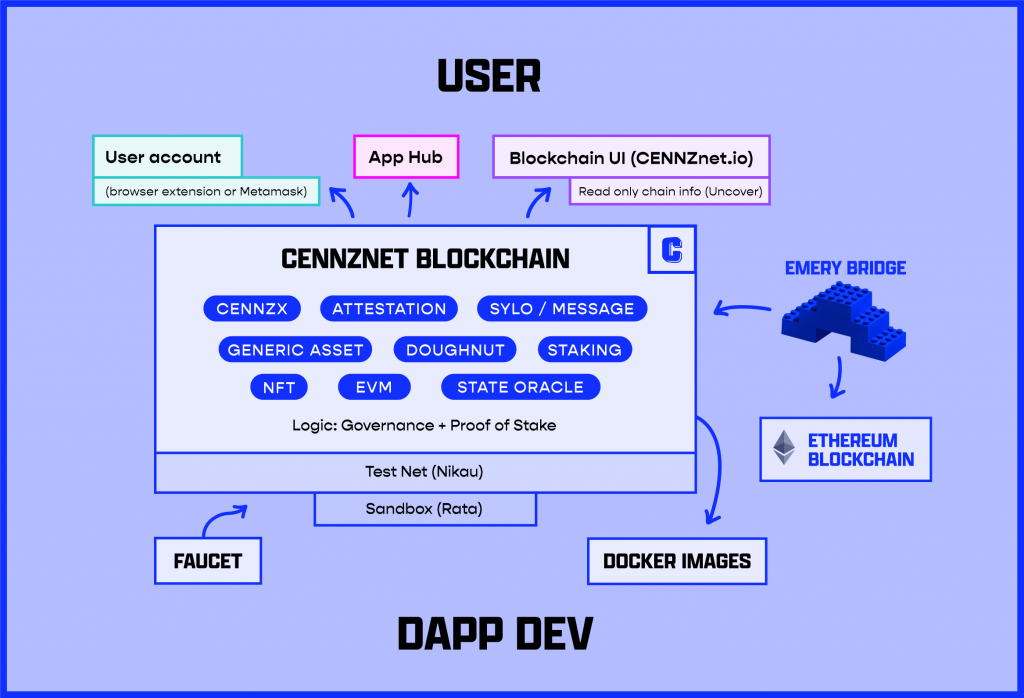 The key part of CENNZnet is undoubtedly the blockchain. The CENNZnet blockchain, also known as the MainNet, can be seen as the central component with which all the other components interact. The blockchain works a bit like a database. It processes transactions and stores this data in blocks. These blocks inform the blockchain of the current state.

Within the blockchain are the core modules and internal logic.

CENNZnet is unique in having a number of core modules within the blockchain protocol. These modules provide prebuilt core services which most DApps will need. DApp devs can use the modules on a Plug’n’Play basis, choosing the functionalities they need and which they don’t. The core modules include:

You can find out what each module does in more detail here.

The blockchain also contains its own internal logic. Specifically, it works on a Proof of Stake consensus mechanism and uses a system of decentralised governance.

Attached to the main blockchain and working in tandem with it are the testnet components:

Tools to view and interact with the CENNZnet blockchain

There are three key tools required to interact with the CENNZnet blockchain. These are useful for both DApp developers but also community users who want to see their transactions and results of processes like staking.

Tools to develop on CENNZnet

As well as the above tools for reading and interacting with the blockchain, developers will also need to use the following to successfully test and deploy their DApps.

Also known as a token bridge, blockchain bridges are connections that allow the transfer of tokens and/or arbitrary data from one blockchain to another. CENNZnet current has one bridge:

You can learn more about how to set up each CENNZnet component and get started with DApp development on the CENNZnet Wiki.