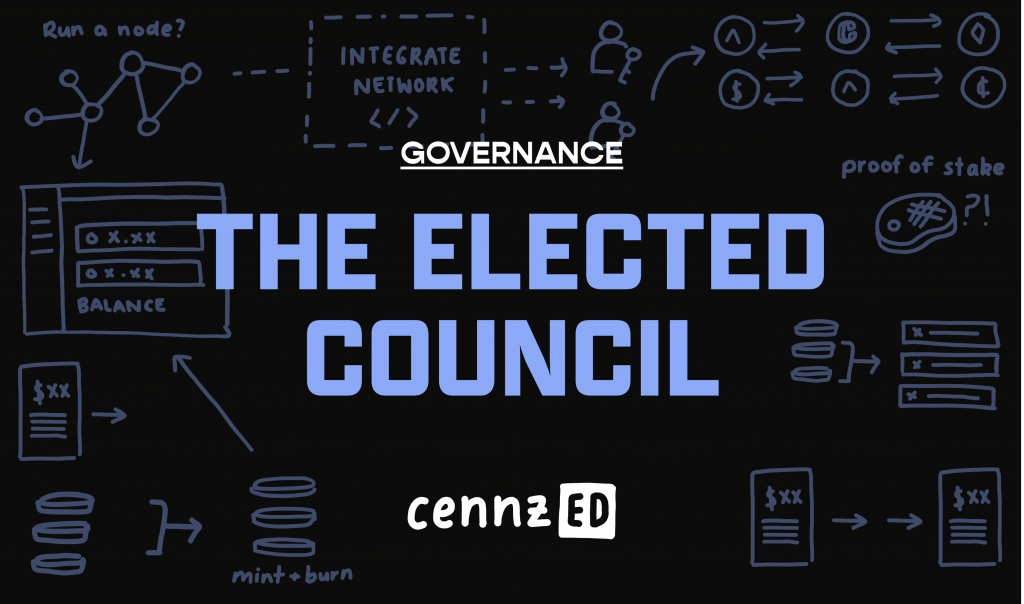 Translations can be found here:

True community ownership and full decentralisation are central to the CENNZnet mission. We are proud to be one of the first blockchains to be delivering an on-chain decentralised governance model.

The elected council is the central structure driving CENNZnet governance. In this article, you will learn what the council is, the qualities of a councillor, their duties and the process for electing councillors.

What is the elected council?

CENNZnet’s on-chain governance model will be led by an elected body of on-chain accounts, known as councillors. These accounts are owned by a diverse array of our community token holders. The council has two major tasks in governance: proposing ideas and changes to the CENNZnet protocol and voting on proposals made by fellow councillors.

It is the council’s job to initiate the direction of the CENNZnet protocol and protect the chain from dangerous or unsafe changes while allowing for necessary reform and adaptation.

In the first phase of our governance roadmap, we will have up to 15 councillors. This number is expected to increase over 2022 to over 50.

What will the elected council do?

The council are the first and leading layer of the CENNZnet governance model. Elected council members duties are to:

Propose changes to the blockchain protocol:

Adaption and development are essential to keep CENNZnet secure and innovative. It’s the council’s job to propose the changes and refinements that will keep CENNZnet ahead of the pack.

Proposals must be thorough and include the proposed ready-coded change alongside a detailed description informing fellow councillors of the purpose of the change and how it will benefit the chain at large.

Proposals at this stage pertain only to the blockchain protocol. This means actions related to the logic and functioning of the blockchain itself (rather than broader design changes or marketing ideas). This means councillors can vote on everything from the allocation of treasury funds to development work, for example, proposing a new runtime module or proposing a transaction, such as minting an NFT.

While at this stage it is only councillors who can put forward a proposal, community members can petition council members to put forward their ideas. In this way, councillors act as a voice for the community.

In order for a proposal to be passed, over 50% of the council must vote in its favour. The council acts as an essential first layer of security to ensure that only proposals that serve to protect and enhance the CENNZnet blockchain are put forward to the broader community.

It is very important that councillors are active and consider all proposals carefully before voting. Once a proposal has been passed (by the council and then the community) it can be enacted by the chain. This means if dangerous or unsafe proposals are approved it could put the whole chain at risk. While the council can theoretically propose to undo a previous proposal, this will take time. 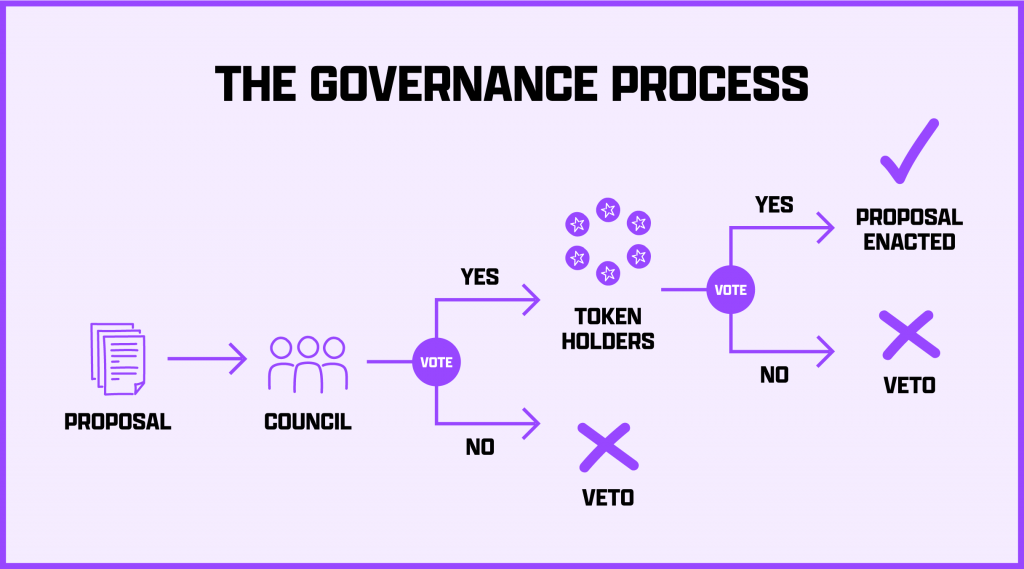 Once a proposal has been passed by over 50% of the council it will be passed onto the wider token holder community. The community then have the power to veto the motion. If the proposal is not vetoed it will be enacted by the chain at a pre-agreed time.

What are the qualities of a council member?

Councillors are the backbone of the CENNZnet blockchain and are essential to the chain staying safe and relevant. They also represent the interests of the entire chain community. For these reasons, councillors must bring some key qualities along and be officially elected by the community.

We are looking for councillors who:

How can you become a council member?

Everyone is welcome to apply to become part of the elected council. Interested parties must go through the following process to successfully take their place on the council:

Note: all councillors must be active stakers on CENNZnet.

When will council elections be held?

The tech enabling governance is almost ready to go. We therefore anticipate that we will be able to hold our first council election in 2022.

In the meantime you can prepare yourself by: