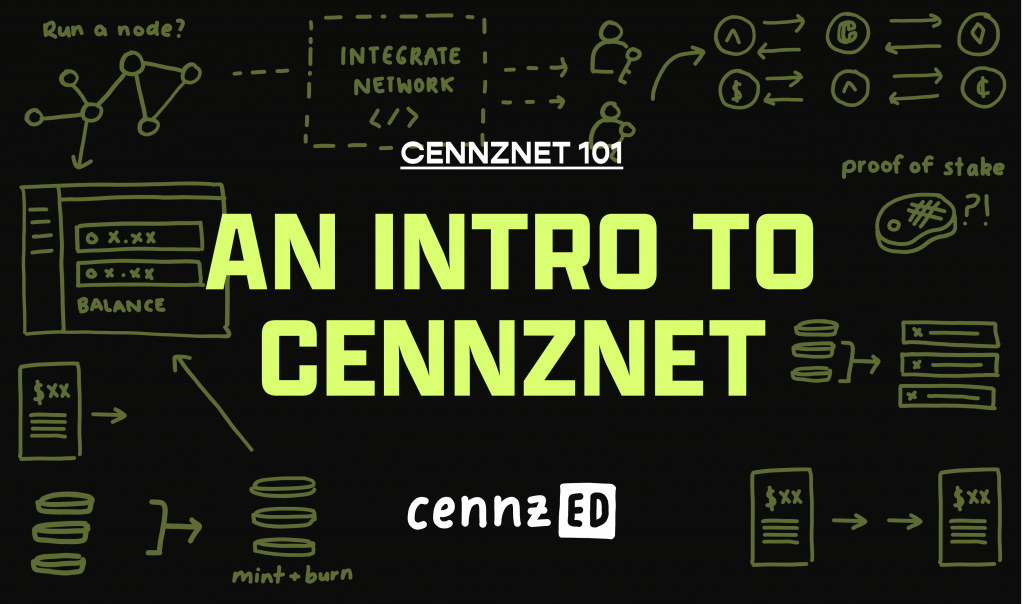 Welcome to the first chapter of CENNZ-ED! This is our introductory series designed to get you up to speed on exactly what CENNZnet is, how the system works, and what you need to know to get started. This first article is an introduction to CENNZnet for people totally new to the project, or those who want a quick refresher. We will be running through:

CENNZnet is a public blockchain network which powers decentralised applications (DApps) and the crypto currency CENNZ and CPAY. The core of our mission is providing a user-first experience for both DApp developers and their end users. We are aiming to make blockchain based services accessible for first time builders and end users so that everyone can enjoy the increased network transparency, data privacy and reliability that decentralisation offers.

With CENNZnet developers can get their ideas up and running on the network fast using our protocol level runtime modules, which provide core services (such as attestation, messaging and currency) right out of the box. 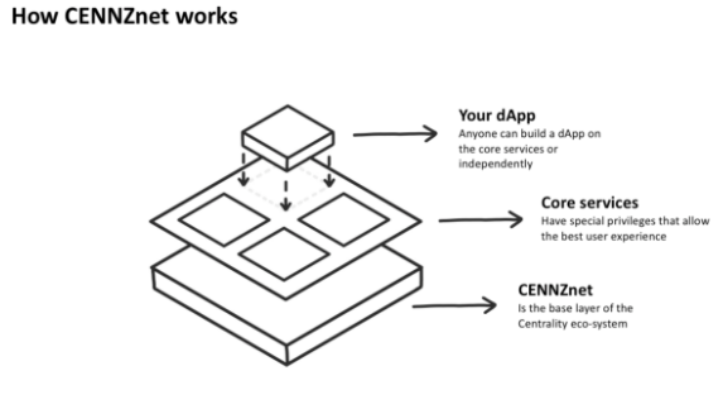 One other important thing to know about CENNZnet: it is the world’s first natively permissioned public blockchain. What does this mean? Well, a “permissioned” blockchain provides specific access or privilege for certain participants of the network. So by making the permissioning native, we can be certain that the access control functionality is aligned with all the services. In practical terms, this means CENNZnet is one of the most secure blockchains in the world with higher performance and fewer issues.

Successful blockchains are pretty darn cool, but our stable and secure on-chain ecosystem has plenty of other unique assets going for it:

1. A user-first dapp platform: CENNZnet has been designed with users in mind. This makes it simple for developers to create a great UX and accelerate the growth of an engaged user base. How do we do this?:

2. Accessible for non-blockchain natives: We believe that blockchains aren’t just for geeks. They provide real-world useful functionality for everyone. So everyone should be able to build and work with them. To make this possible we’ve literally done the hard bits for you i.e. built the blockchain and added some nifty open-source runtime modules that you can opt to use out of the box. All you need is a great idea.

3. Built-in run time modules: DApp builders have access to core CENNZnet modules inside the blockchain runtime which provide common building blocks like identity attestation, currency (generic assets), and NFTs.This accelerates time to get to market as devs can build a use case by leveraging existing quality components.

4. Doughnuts: Doughnuts are unique to the CENNZnet protocol. It is our solution to the need for seamless authentication control, without tracking and privacy loss. The concept is simple, yet powerful, enabling a classic ‘centralised’ UX on trustless, decentralised technologies.

Having 2 tokens allows us to separate our main coin (CENNZ) from the general transaction fees and staking rewards used as gas in the network. This protects our network users and developers from complications in pricing and unpredictable pricing fluctuations.

CENNZnet’s unique blend of features fit squarely within Centrality’s proposition to help startups succeed in a competitive environment, where tech titans, with a wealth of resources, typically dominate. Both projects want to help new and exciting ideas come to life and challenge the large corporates to ensure a fairer future for everyone.

CENNZnet is often mentioned in the same breath as Centrality, but they are separate things:

The CENNZnet team built and launched the CENNZnet network as a secure and user-friendly blockchain to help support prospective DApps within their ecosystem. It is a venture within the Centrality ecosystem. Centrality provided the environment required for CENNZnet to develop.

Before you dive into the CENNZnet and all the cool things you can be creating with it, it’s worth understanding some of the key blockchain processes that form it. Some of these processes are similar to other blockchains and some are unique.

We’ve already gone into this a bit above, but it is a central and unique aspect of CENNZnet’s ecosystem.

You can learn more here.

CENNZnet uses a Proof of Stake consensus mechanism. This is where node operators hold, or stake, their tokens in a particular wallet as collateral against their promise to perform their duties correctly. If they do perform their duties correctly they receive a reward in our CPAY token. If they do not then the staked tokens are slashed, or fined. Other token holders can also stake their tokens against node operators (validators) of their choosing in order to receive a portion of the CPAY reward.

This system helps to secure the network by incentivising the community to follow protocol and prevent attacks.

You can learn more about the specifics of Proof of Stake on CENNZnet here.

As blockchains are strictly decentralised, they rely on community management to make major decisions about the future of the network, so that it is continually adapting to the needs of users. Governance refers to the mechanism or systems used to organise community decisions and ensure they are secure and fair.

CENNZnet functions 100% on-chain using blockchain’s built in voting mechanisms. In CENNZnet governance, validators and node operators are required to vote on proposals using a direct voting mechanism (similar to direct democracy) to achieve consensus. Voting results are governed algorithmically and their automatic execution is built directly into the protocol. The winning decisions then automatically integrated into the chain.