Understanding Consensus Mechanisms: Proof of Work or Proof of Stake? 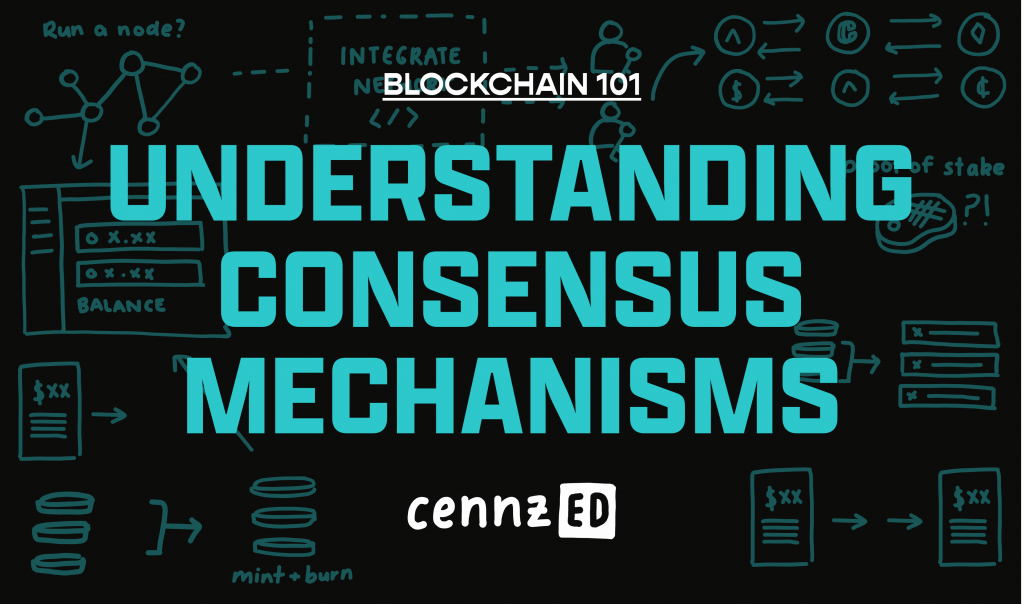 The thing that no one tells you about blockchain, is that it’s only ever as good as its consensus mechanism. Without a good one, the whole concept of decentralisation – however world-changing it seems – falls apart pretty quickly. But how is that possible, you may ask, surely blockchain’s decentralised ledger can survive anything? In reality, without a robust consensus mechanism your efficient, fair, real-time, functional, reliable, and secure public ledger simply doesn’t exist.

But consensus mechanisms are tough to get right. They require finding a workable way to get your whole (or at least clear majority) of your decentralised community to commit to one agreed-upon version of the ledger that is accurate and free from malicious or false transactions. Then there’s the not so small issue of scalability. If everyone hosts a version of your ledger that’s A LOT of computing power that’s only going to increase as your community grows.

Fortunately, a lot of very bright people have spent an awful lot of their time considering these issues and some very elegant mechanisms have emerged. Of those that are used, by far the most popular and successful are the stalwart Proof of Work, favoured by Bitcoin, and the more recent plucky little brother: Proof of Stake, desperate to sort out the issues created by its older sibling.

In this article, we are going to explain not only what consensus mechanisms are but the various pros and cons of the 2 main contenders in the field, and why CENNZnet chose the latter.

What are blockchain consensus mechanisms?

So what exactly is a consensus mechanism? Well in its essence it’s a system that ensures everyone in the network is using a mutually agreed-upon version of the blockchain. An elegant mixture of both social and technical engineering is required to achieve agreement (or consensus) on single data values or parts of the network among the decentralised or distributed system. As a result of consensus being reached new blocks are created and added to the chain.

In other words, it’s a way of checking that nobody is tampering with the blockchain ledger by making sure everyone (or more specifically everyone involved in blockchain governance) agrees on which transactions are correct and which are not. This is really important for a self-regulating decentralised community as there is no single authority to decree what does and doesn’t go in the ledger. A robust consensus mechanism ensures a secure blockchain ecosystem that is both fair and accurate.

The big name in the world of consensus mechanisms is Proof of Work (PoW). Almost synonymous with the Bitcoin network, PoW has actually existed as a method of preventing denial of service attacks since 1993.

So how does it work?

True to its name, PoW aims to deter malicious or fraudulent activity on any type of network by requiring some work from the service user. “Work” in this sense usually means a feasible amount of processing time by a computer.

In a blockchain, PoW uses the same fundamental concept of work but adapted to an on-chain network. In blockchain PoW miners compete against each other to create the next block in the chain. They do this by racing each other to solve a mathematical puzzle complete with a proof. These puzzles are tough to solve but the solutions are easy and quick to check. The first miner to correctly solve the puzzle will be able to create the next block and broadcast it to the network. All the other miners will then verify the solution is correct, and if it is, the successful miner is rewarded with some token.

In reality, mining (and the puzzle-solving) is done by computers which require energy to run. Mining is therefore a pretty expensive activity and only worth it if you are regularly able to solve the puzzle first and receive the token reward. So how does it stop cheating? Any block that includes an invalid transaction will be automatically rejected by the network. This means that it is expensive to even try to cheat. The resources required to mine without receiving any reward are just impractical and very unprofitable.

What are the benefits of Proof of Work?

The huge benefit of Proof of Work is that it really works. It may sound complicated (largely because it is) but when correctly applied it is robustly efficient at getting consensus in a decentralised system and preventing attacks on the network.

What are the downsides of Proof of Work?

So what’s wrong with PoW? We cannot ignore the fact that Proof of Work uses colossal amounts of energy in order to solve a puzzle. To give you an idea of how much energy we are talking about, recent estimates from the University of Cambridge put Bitcoin’s energy consumption as equal to that of Switzerland.  If we imagine that Bitcoin, or any other PoW network, gets mass adoption, energy consumption will increase drastically.

The other major issue with PoW is that normal individuals using their humble CPU, GPU or ASIC devices for mining have very little chance of winning the race. They are competing against mining pools which use dozens to thousands of devices to mine. In a battle of pure computer power, mining pools with limitless processors are almost always going to win. It’s thought that around half of all mining occurs within a few mining pools. As well as being contrary to the decentralised principle of the blockchain, there’s a risk that the owners of these pools could unite and rule the Bitcoin blockchain using their hashing power. An authority having over 50% of hashing power actually can govern the blockchain. Such intrusions are known as a 51% attack.

This brings us to the hopeful successor in the consensus mechanism competition: Proof of Stake.

Proof of Stake (PoS) was developed in 2012 as a way of maintaining the benefits of a robust consensus mechanism, without the huge energy demands of PoW. Since then it’s been adopted by a number of forward-thinking blockchain networks and work is being done to establish it on Ethereum 2.0.

So how does Proof of Stake actually work?

Instead of miners competing to broadcast a block, as in PoW, PoS uses a system of Validators who are pseudo-randomly selected to forge the next block. Validators can be chosen based on a combination of factors that could include the Validator’s wealth, staking age or randomization.

Network members who want to participate in the forging of new blocks do so by staking. Staking is the process of holding funds in a specific cryptocurrency wallet in order to act as collateral for network security.

The more tokens are staked in the system, the more network users are invested in correctly following the blockchain protocols, so making the whole ecosystem more secure.

What are the benefits of Proof of Stake?

The overwhelming benefit of PoS, and the reason it was created, is that it uses significantly less energy than PoW. Staking is not an energy-intensive process and as a result, a blockchain network can comfortably expand without worrying about the colossal environmental impact. There are also some other key benefits to the Proof of Stake system:

What are the downsides to Proof of Stake?

Like all systems, there are some downsides to PoS. The most notable, though admittedly the most easily fixed, is that it remains the new kid on the block. It has yet to be used for an extended period by a large blockchain network, so its robustness and reliability has not yet been fully tested in practice. With Ethereum currently transitioning to PoS, however, this issue seems likely to be solved soon. Other potential issues include:

Why does CENNZnet use Proof of Stake?

PoS has always been the clear winner for CENNZnet. It is the dominant alternative to PoW, and provides an elegant and far more environmentally sustainable way to secure the network.

PoS also has the most mind share, or the most people talking and thinking about it. It’s being adopted by Ethereum and a number of other promising on-chain projects. We wanted to stick with a consensus mechanism that had the most promise and lots of people developing and working on it. We feel secure in the knowledge that we are running with some of the best people in the blockchain space and want to contribute to and benefit from the collective innovation.